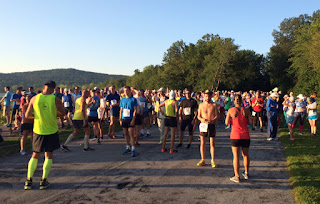 This was my third time running a mid-week marathon at Rockland Lake Park.  The first was way back in 2007 (and Sri Chinmony himself was at the event).  Back then (and the second i one I ran a couple of years later) the race was called the Self-Transcendence Marathon.  It's now been renamed the Sri Chinmoy Marathon in honor of the race's namesake.

The course is eight full loops of the lake and one short loop.  As with any race in August, it can get pretty hot and humid - less than ideal running conditions.  This race was a late addition to my schedule.  I added it after I couldn't run the Escarpment Trail 30K last month.  It was my way of atoning for missing out on 5+ hours of trail running :D

I'll write up a fuller race report tomorrow - but my initial plan was to run a solid (e.g. race pace) 20 miles and walk/jog the remaining 10k.  I ran the first 20 in under 2:55 and felt good enough to keep going.  But by the start of mile 23 - almost at the end of the 8th loop - I hit the wall and did a little walking.  Amazingly, that dark patch lasted for less than a mile and I got back to running!  I finished in 3:56 (unofficial), just under 4 hours and was thrilled :D

Here are the official results from the Sri Chinmony Marathon Team.

Here is my race report. 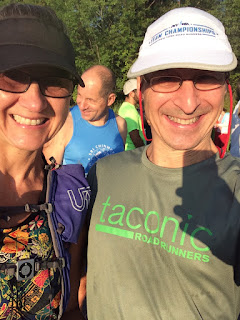 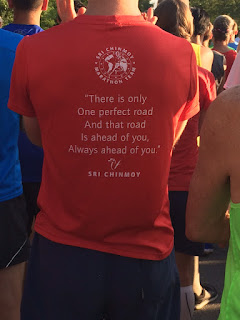 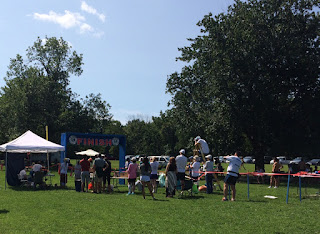 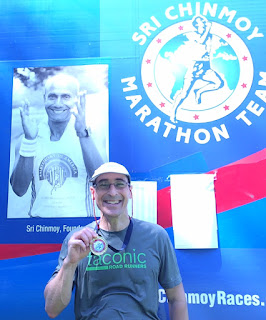 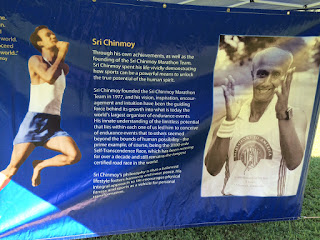 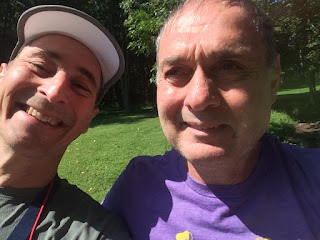 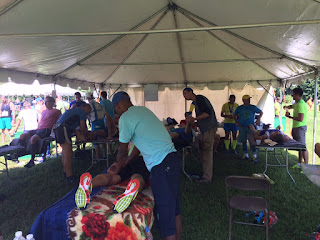 Posted by rundangerously at 6:23 PM