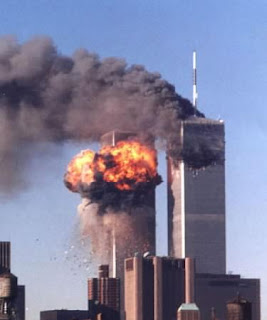 Hard to believe it's now 19 years since the terrorist attacks of 2001. But even if it's 29 years later, I hope that on every anniversary I can post a "Never Forget" message on this blog.
I will add that this year, given the aftermath of Covid-19, things seem very different in NYC.  Lower Manhattan, even now in September, is a veritable ghost town.  It's difficult to image life in the city returning to "normal" under the circumstance.

But we bounced back from 9/11 and we'll certainly bounce back from Covid-19.

Keep the Faith!
Posted by rundangerously at 11:24 AM 0 comments Links to this post 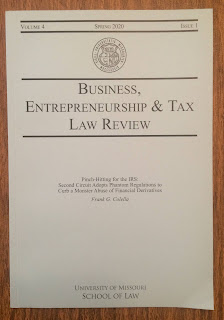 It's been a few months since I posted about my last article (on PTIN user fees), but if you're interested in relatively esoteric tax topics, here is the link to this one - on my SSRN author's page.

Posted by rundangerously at 4:15 PM 0 comments Links to this post 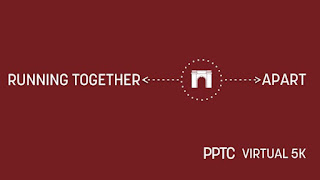 I had a great time this morning (humid as it was) running a 5k on the high school track!  It was a little more than an actual 5k (Strava has it a 3.2 miles), but not quibbling.

My 8:22 pace was pretty fast, relatively speaking, to anything I've run lately.  I did manage one mile in just under 8 minutes a few weeks ago (for Global Run Day), but this is more realistic, if sustained effort.

Many thanks to the Prospect Park Track Club for organizing this one!! 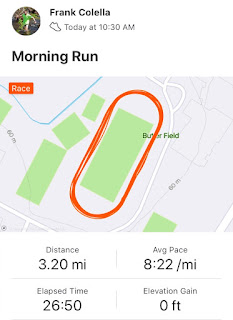 Posted by rundangerously at 12:14 PM 0 comments Links to this post 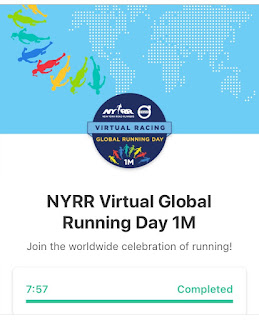 Wow, I just snuck in under 8 minutes!  It was a surprise because this morning the humidity was 90+ and running was tougher than my trip to the track last Saturday (when the same high humidity didn't feel as bad because of the light drizzle)!

Anyway, more than happy to run a 7 minute mile :D

This isn't the way I normally "celebrate" global running day.  In the past would head down to Van Cortlandt Park and run a mile on the flats/parade grounds.  That seems soooo long ago! 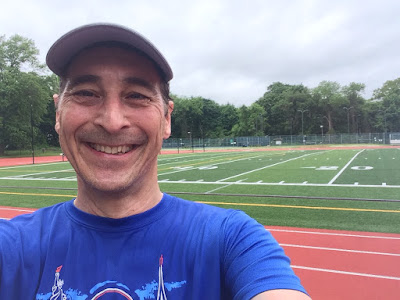 Posted by rundangerously at 2:21 PM 0 comments Links to this post 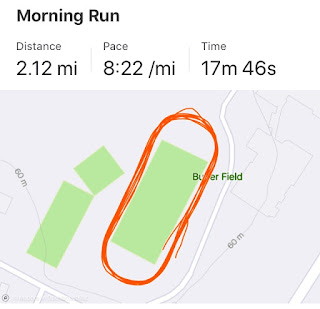 I didn't plan on doing laps at the track this morning.  I had planned on doing a 10+ miler up and back to White Plains.  Instead, as I ran up the post road it was the lousy weather (drizzle + fog) that made me think the track was a better (and much shorter) destination!

So my long run wait until tomorrow.  Despite the unexpected visit, I had planned to go to the track this week.  I wanted to do a mile on the track as a warm-up to the actual mile for the NYRR Virtual Global Running Day Mile - that begins on May 28 and runs until the official Global Running Day (6/3).  The laps weren't speed work by any definition.

I was pleasantly surprised to run two sub-8:20 miles (through rain covered glasses)!  Those were the first sub-9 minute miles that I've run in quite a while (probably late last Fall/early Winter).  The track conditions weren't great - slippery, actually.  But it felt great to run fast enough to feel the oxygen debt building up - haha :D

Next time I will actually toss in a few intervals during the 8 laps!

Posted by rundangerously at 1:19 PM 0 comments Links to this post 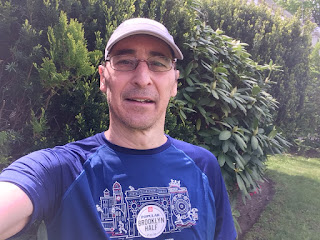 Wow, it wasn't easy - but I ran the 13.1+ miles for my virtual Brooklyn Half Marathon this morning :D

It was the longest distance I've run in long time (going back to last Fall?).  I did a 10 miler two weekends ago, but it wasn't the distance that threw me off.  My route planning was something of a fail because it had been planned as straight out and back course - 6.5 miles up to White Plains and back.  Instead, my return route was a mile shorter (brain freeze) and got back here with just 11+ miles.  That was a big oops moment and it resulted in something of a hodgepodge for the last 2 miles.  Still - mighty happy to get it done!

In an interesting (for me) observation, my 10:11 pace - it was sub-10 for most of the run - was a solid minute faster than my pace (11+) for the virtual NYC Half 5k I ran two months ago! Granted, that one was an easy jog around the neighborhood.  But the base re-building program is paying off :D 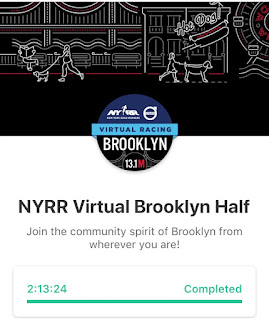 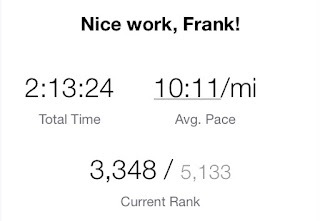 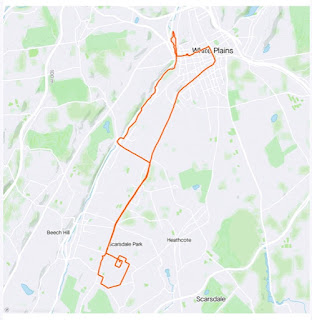 Posted by rundangerously at 1:15 PM 0 comments Links to this post

Winter in May :O 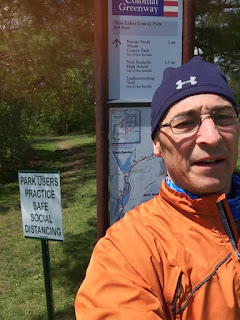 Woke up yesterday morning and was glad I hadn't put away the winter running gear.  With 22+ mph winds, the low 30's had a real feel in the low 20's!  In a change from my normal weekend routine - running on the Bronx River Parkway - I switched over to the Leatherstocking Trail.  My ulterior motive wasn't running portions of the Paine to Pain course (which I did) - but rather have the woods act as a barrier to some of the winds (which they didn't).

Astonishingly, while runners, walkers and others did that -- a full grown deer was standing on the trail as I approached.  That wasn't astonishing.  What made me do a double take was that it made no effort to move as I got closer!  It wasn't until I slowed down and reached into my pocket for my phone that it decided to run off.  Apparently it was photo-shy - not runner shy!

This morning it was noticeably warmer and less windy - but still chiller than a "normal" day in May. 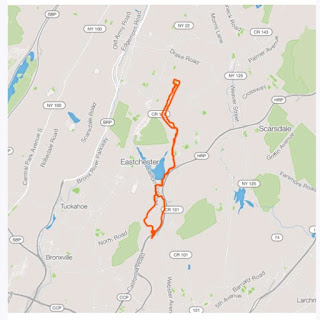 Posted by rundangerously at 4:51 PM 0 comments Links to this post