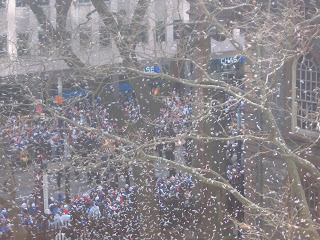 it snowed ticker tape outside my office window this morning! seems like yesterday that the giants made their way up the canyon of heroes - but it was actually 4 years ago.  ticker tape parades never get old!  this one seemed like deja vu - given the repeat of the giant's unlikely (to non-believers) win over new england :D

for most of the morning it seemed like controlled chaos leading up to the 11 am start.  despite the early hour that i normally get to work - there were plenty of fans already lining up to grab the best vantage points.  i was on the 5:30 metronorth in and arrived at grand central to find dozens of blue jersey clad teenagers already headed to the subway for the ride downtown!

i had a decent vantage point to see the parade from my window, but didn't make it over to city hall park afterwards to catch (listen to) the speeches :O 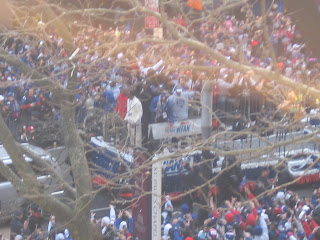 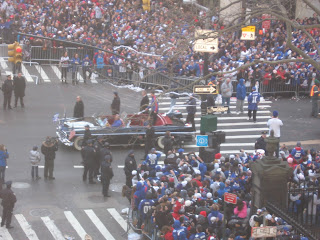 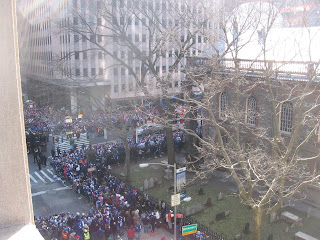 Posted by rundangerously at 4:58 PM