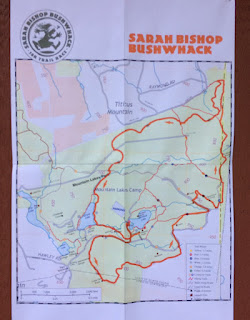 This was my first time running the Sarah Bishop Bushwhack which, I believe, was the 6th edition of the trail race.  It literally is up the road from Wards Pound Ridge Reservation, home of the Leatherman's Loop.  It's also part of the 7 race "trail mix" series (of which, I've now run all (except one), at least once).

The race takes its name from an actual person, who lived in a cave, self-sufficiently, for about 30 years during the early part of the 19th century.  A precursor of sorts to the wanderings of the Leatherman himself!

As for the race itself, I was well off my 1 hour target for the 10k-ish course.  It had run as long as 6.4 miles but Rob told me before the start (as he was pointing out the trail highlights on the map) that a stretch of road in the second half was replaced with trails.  So it was "officially" a 6 mile course (though my GPS clocked in at closer to 6.3 miles).

Here are the official results, on the race home page (but will probably be moved to the results page in a few days).

Here are the race photos, hosted on the Leatherman's Loop page.  (of which, my finishing photo was borrowed from :D). 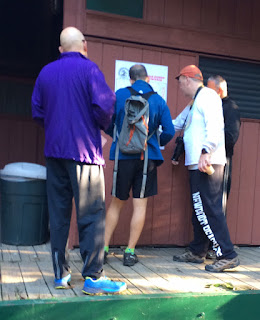 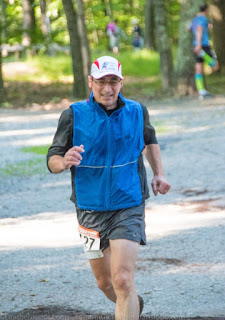 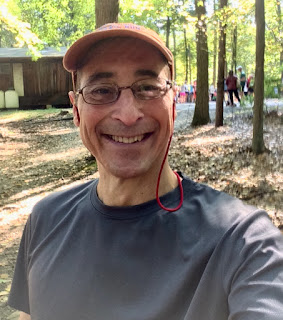 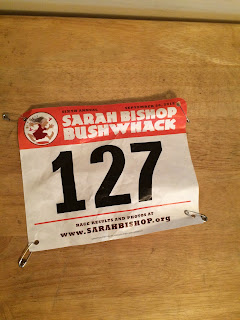