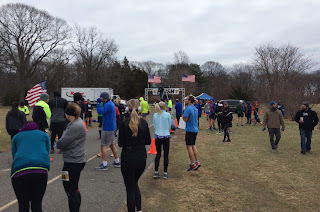 It's been a few years since I last ran the Caumsett Park 50K (maybe back in 2011, or earlier).  One this that hasn't changed is the wind!  But this was the first time the I ran the loop counter clockwise.  By comparison, I think this direction made for a slightly less challenging trek - although the added distance to the dog leg portion was a mental challenge (so close, yet so far from the end/beginning of each new loop - and, of course, the finish)!


As for the event itself, it was excellent!  GLIRC and all the volunteers were great - especially the volunteers out on the course!  Post race, there was a ton of food (to get ahead of myself, I ate 2 slices from the hero sandwiches, a huge cranberry muffin, and - for good measure - a small Danish.  Wolfed down probably a more apt description since I ate all that minutes(!) after crossing the finish - before I changed out of my soaked running clothes).


My only mishap during the day involved missing the start of the 50K proper (despite having arrived more than a half hour before the start)!  The 50K went off at 8:30 - the 25K went off at 8:35 - and I somehow missed than announcement starting the 50K (not too hard with the 25k runners milling around the same place waiting for that race to go off)!  So my official (gun) time is overstated by five minutes from my actual (net) time - which, hopefully, will eventually be corrected (fingers crossed).


Next up is first training run for the 2018 edition of the TGNY - next Sunday.  Not sure I'll be up for the entire 35 miles (50K is my target), but I'll see a few runners from today's race there :D


Here are the official race results from JMS Racing.


Here are their race photos (of which my mid-race photo is taken!). 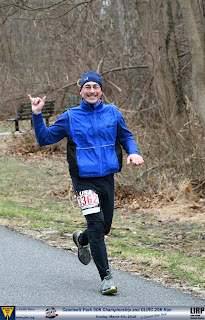 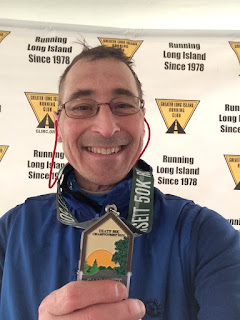 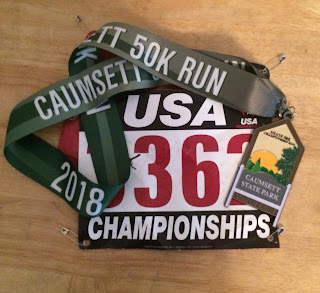 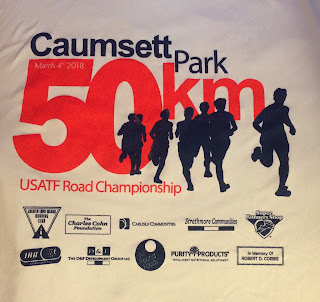 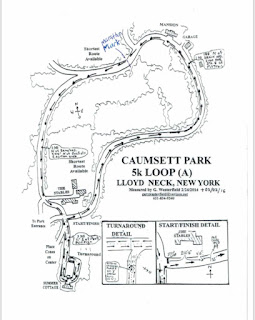