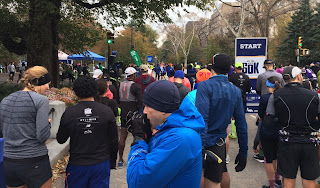 I finished the NYRR NYC/Knickerbocker 60K - and am more than a little surprised to be writing that sentence!  As I pointed out early, when I picked up my shirt and bib earlier in the week, making it to the start line didn't seem like a realistic possibility given how much time I've spent "sick" during the last couple of weeks!  But things looked up on Thursday, and I managed an easy 4.5 mile run on Friday - so at a minimum, would go in, line up, and run as many laps as I could eke out!

Five laps (21 miles) was my initial goal.  Even that seemed like a stretch considering I only ran twice since the NYC Marathon (the Raven Rocks 10K, on trails, and the 4.5 miles, on roads, Friday).  Somehow 10.7 miles, broken up by Bronchitis and a chest cold, didn't seem like a realistic lead in to an ultra!  But in a counterintuitive miracle, maybe all that "rest" that came along with feeling sick worked some magic!

After the 5 loops I stopped for hot soup!  The perfect thing, actually, and I also took a couple of minutes to switch my phone over to a mofi because the charge was dying.  At that point I was on a solid 9:40 pace (roughly 3:23 in).  The next loop I stopped for a cup of coffee (mainly for the caffeine).  But I had started slowing down (10+ minute miles).  The last two loops were the toughest - I had slowed to 11/12 minute miles by this point.  But, amazingly, the only cramping I had the entire day was in the last 2 miles of the entire distance!  The only walk breaks I took were during the last (9th) loop. 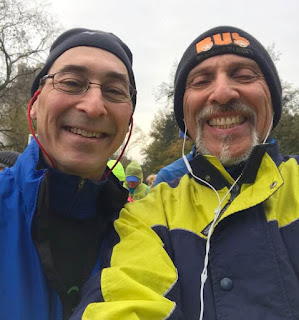 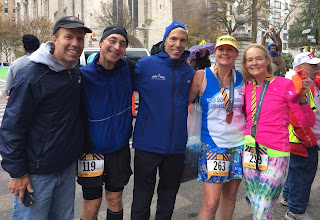 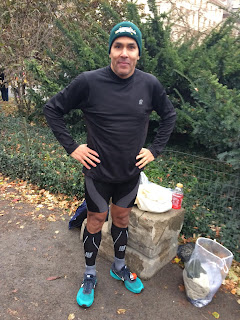 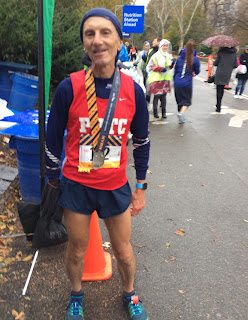 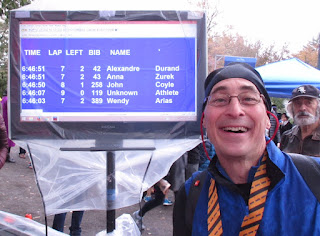 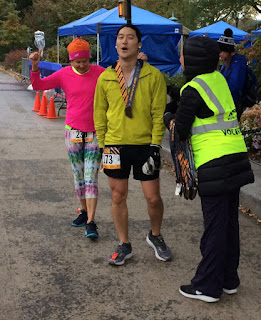 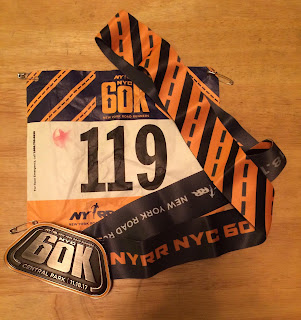 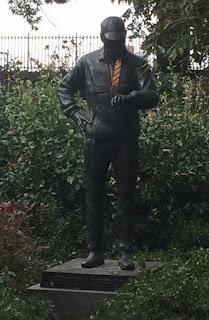