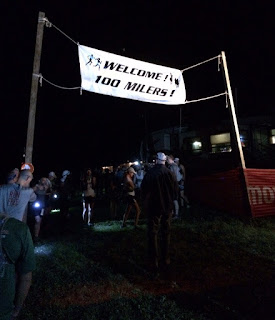 The 2016 Edition of the Vermont 100 Miler Endurance Run ended for me well short of 100 Miles.  Despite the DNF at mile 58.5 (the newly designated Margaritaville), I had a great time all around (an a pair of Margaritas waiting for the sag wagon!).  I knew going in that I was undertrained for the course/terrain (despite having run the Great NY 100 Mile Running Exposition last month).  I didn't have the necessary hill work and mileage base I would have liked.

I realized coming down from Sound of Music (roughly mile 28) that it would be a tough day when my quads starting pounding me.  I expected sore quads - just not that early in the day (maybe at the half way point).  As it turned out, the one mile downhill into Camp Ten Bear (mile 47) was a relatively brutal stretch for me.  It was, perhaps, the low point of the day!  How ironic was it that a course noted for its unrelenting climbs would trip me up on the downhills!

Toss in my old nemesis - chafing - and it quickly became apparent that it wasn't going to be my day.  I managed another 10+ miles, but finishing the 100 wasn't in the cards.

Still, it was an excellent time - and I have no regrets!  Now, finish #4 will have to wait until next year :D 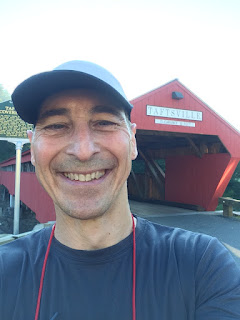 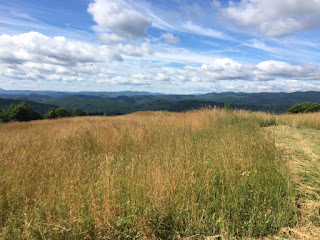