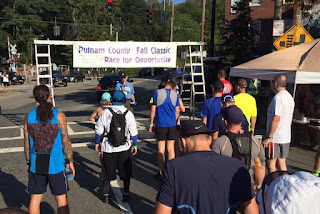 It was my first time running the Putnam County Half Marathon.  I had thought it would be a chance to run a half marathon in Fall weather, as opposed to the heat and humidity we had last week at the Norwalk Half.  So much for wishful thinking - it was hotter and even more humid for this race (summer clearly not wanting to give way to fall, it seems).

As for the race itself, it was an out and back course - with one major glitch, the turnaround point kept getting relocated!  In amazement, I watched it get moved back - far back - literally, as I approached it to turn around!  I'm not sure where it actually belonged (my final mileage according to Strava, was 13.6 miles - according to MapMyRun, it was 13.7+ miles) but the confusion led to a lot of post-race gripes about who ran what distance - and may have impacted the awards as a result.

The course itself was fantastic.  But because of the weather it was tough, especially the basically unshaded nature of a good chunk of it.  I managed to finish in 1:53:42 (roughly 8:22 pace).  It was good enough for 2nd Place in my AG.  Even so, I was a bit disappointed with my performance - 8+ minutes slower than my already heat-slowed result at Norwalk last weekend.  Still, given that at least one runner was taken to hospital for heat related issues, more than pleased to have finished!

Don, Emmy, and Ronnie also took AG group awards as well (1st, 1st, and 2nd, respectively)!  But, in what took away from all the good vibrations was having not 1, but 2 tickets waiting for him when Don got back to his car!  That was really disturbing - and, honestly, inexcusable.  We all traveled to Brewster for that specific event.  Neither he, nor any of us, would have been in town, this morning - but for the half marathon.  Argh!

Here are the official results via Putnam Half Marathon FB page. 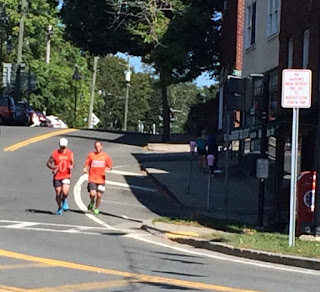 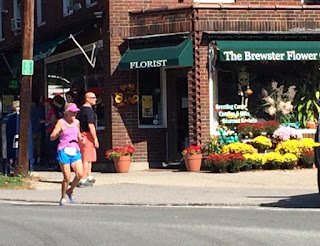 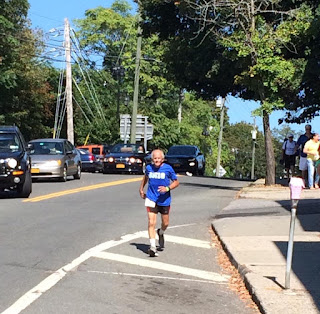 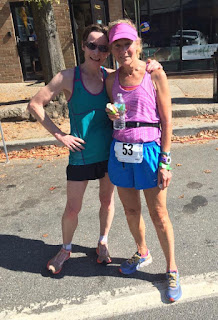 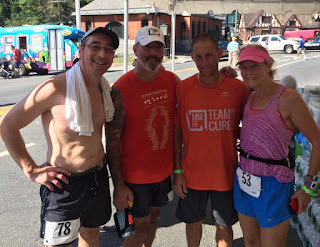 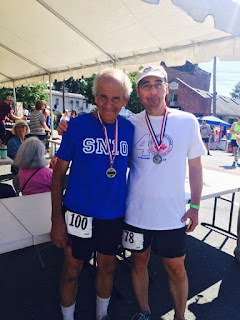