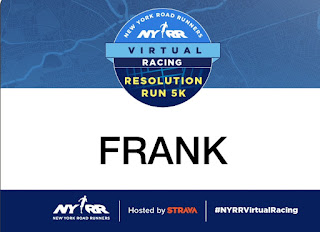 Participated in my very first virtual run to kick off the new year - but it didn't actually "materialize" until the "results" were posted today!  The NYRR and Strava teamed up to put on the "virtual" Resolution Run 5K - the first of a half dozen+ (8, I think) to be held throughout the year.


During the first two weeks of the year runners complete the 5k distance while recording it on Strava (as a "race").  I uploaded a snow-filled training run (guilty of not actual "racing" it) - but I will make amends with a future one, where I will try to run the distance "fast" :D


Here is the NYRR news release - with links to posted photos as well.


Here are the "official" results at NYRR. 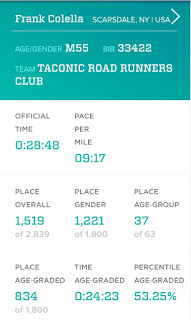 Posted by rundangerously at 10:00 PM