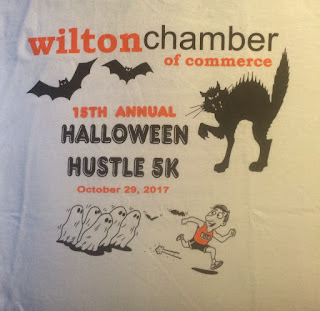 What a strange morning it was to run a race - and in this case, the Wilton Halloween Hustle 5k!  I woke up to heavy rain and did not think I'd be up for the drive (in the rain).  The weather forecast was pretty awful, and the afternoon Pumpkin Chase 5k in New Canaan had already been postponed (because of that forecast) until next weekend.  But a letup in the rain had me jump in the car and drive up to Wilton.  Ominously, just as the Hutch became the Merritt, first accident of what would be a trio that morning!  A car had skidded and flipped over...

When I got to check-in learned that Rob had already picked up my shirt (I had asked him to get it for me because it didn't seem likely that I'd make the race).  They gave me my bib, but Rob had driven back home because the race had conflicting start times (9 versus 10) and he opted for the earlier one!  Another misfire, so to speak.  We finally met up at the start, completely soaked, as we waited for the race to get started.

As for the race itself, we both won our respective age groups!  My 22:55, 7:24 pace, was a pleasant surprise over the (very) wet course!  But the biggest surprise - and it was not pleasant in the least - was at the post-race award, where we learned that there were no Age Group awards for us (and others).  There were trophies for overall finishers - and a handful of RANDOM age group awards (e.g. under 15, 15-29 and 60+ to mention those that were actually handed out)!  But NO awards for runners between 30 to 59!  That is something you don't see every day :O

Despite the overall weirdness - it was still fun :D

Here are the official results from ClubCt. 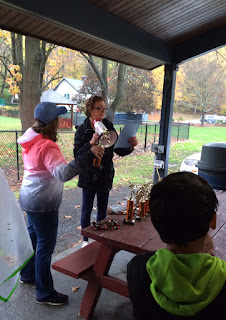 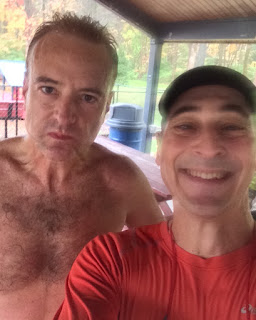 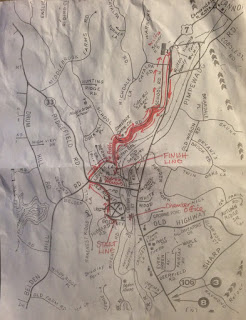 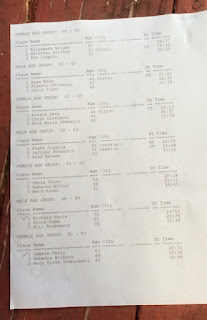