For runners of certain age, the name Terry Fox is an inspiration.  If you're not familiar with Terry's story, please take the time to read about him (at Wikipedia, for instance).  After his leg had been amputated, Terry Fox started on a cross-Canada run to raise awareness/funs for cancer research. He covered 5,373 km (3,339 miles) over 143 days before he succumbed to the deadly effects of his cancer.  It's hard to believe that he died 36 years ago.

This was the 24th edition of the Terry Fox Run.  I was finally able to take part in one.  They are basically fun runs (unscored) to raise funds for cancer research.  I wore the race shirt this morning (I rarely wear the given race shirt at the actual event) to express my solidarity with the cause - and Terry Fox's legacy.

As for the run itself it was a double loop of lower Central Park.  Billed as a 5k, it was more like 3.3 miles (according to Strava).  The entire event was underwritten by the Canadian Embassy, which let all the funds raised go directly to cancer research organizations! 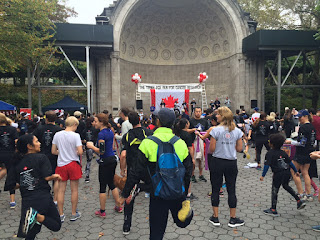 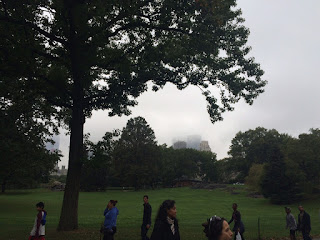 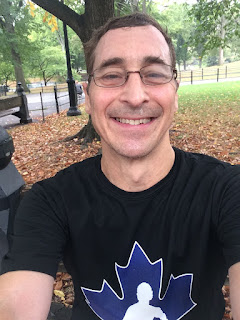 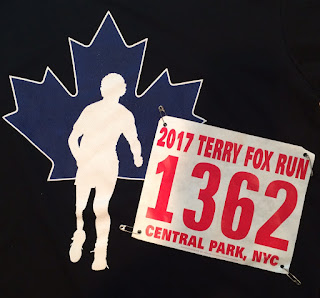 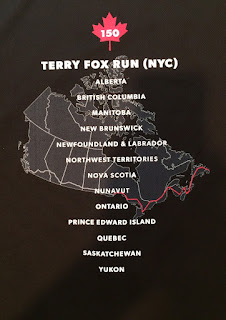 Posted by rundangerously at 4:25 PM