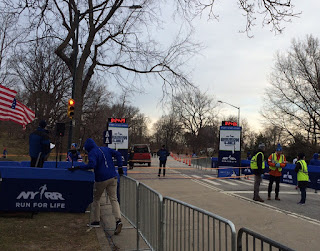 What a difference a month makes.  The year kicked off with the Joe Kleinerman 10k - in the low 20s.  A month later the Gridiron 4 Miler greeted us with low 30s.  But the wind chill, and waiting around for more than 30 minutes until the start, had me frozen solid at the start!  It was a slow first mile, not so much because it was crowded (and it was - with over 5,100 runners ultimately finishing the race) but rather my frozen self had to warm up!

As for the race itself, I ran a 29:44, 7:26 pace.  It was well under my 30 minute objective (which was something of a soft target).  I "voted" for New England on the 72nd Street transverse - not so much because I was rooting for the Patriots -- just didn't want to run the extra few feet to the right :O 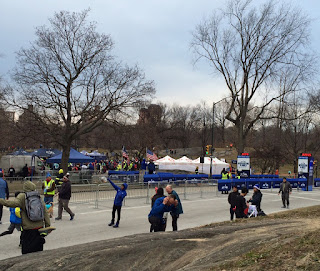 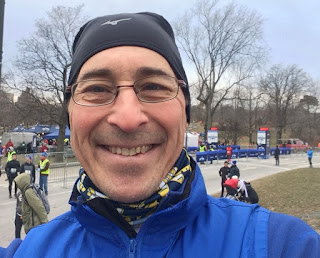 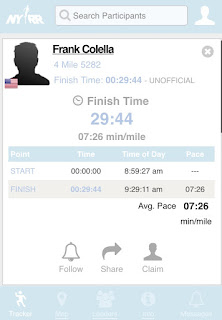 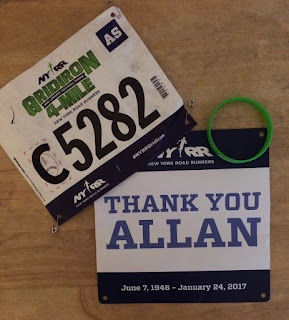 Posted by rundangerously at 8:00 PM