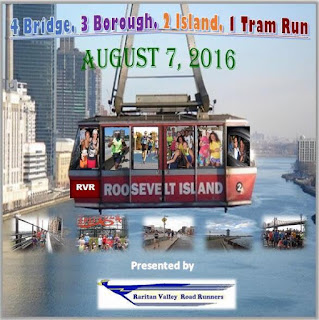 This morning I did an interesting tour of the city that included "four bridges, 3 boroughs, 2 islands, & 1 tram" - put together by an old friend, Bob Tona, and his Raritan Valley Road Runners Club.  It was one of the most fun group "fun" runs I've done in a long time!  The actual distance came in a bit longer than the projected (actually slightly more than half a marathon) - but included numerous stops for photo ops (and running thru a few sprinklers at some local kiddie parks)!

While we didn't "run" on the tram, it was the means back to NYC after we finished up at Roosevelt Island.  It's been decades since I've taken that tram ride!!

For those of you interested, the street by street (bridge to bridge) directions are posted below :D 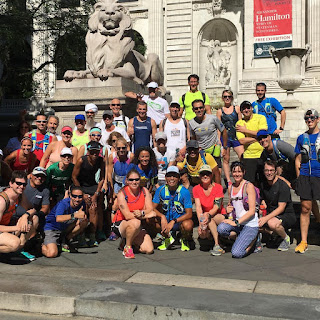 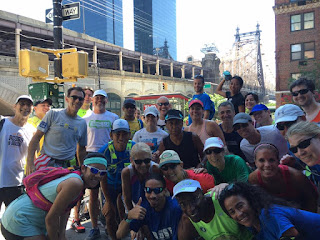 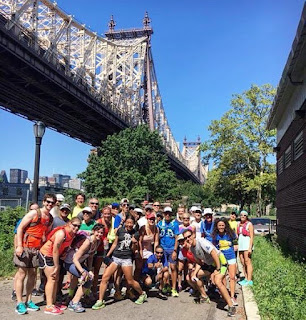 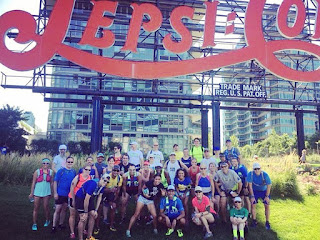 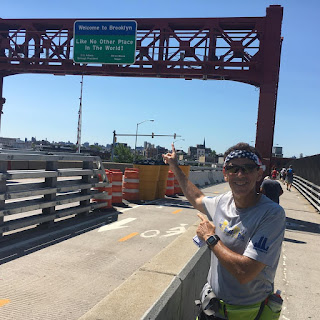 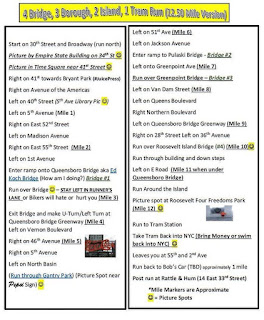 Posted by rundangerously at 10:00 PM

You know, I was born in NYC and I've never ridden the tram to Roosevelt Island.