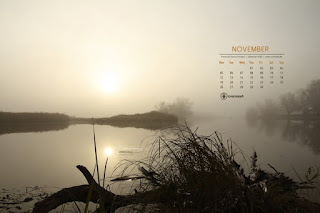 november seems to have just snuck up on me this year!  the nyc marathon kicks off this weekend - amid some controversy over whether it should be held at all in the wake of the damage from hurricane sandy earlier this week.  for better or worse, i'm in the "race must go on" camp.  but that debate, is for some other post.  it will be my 11th straight nyc marathon!

the following weekend, will head over to greenwich to run the beachfront bushwack.  it will be something of a recovery run, 5 miles on trails.  the alternative would be a drive north to run the "after the leaves have fallen" 20k in minnewaska state park, i ran it last year and would love to head back there for another go.  but it's a long drive - and i'll be headed down to maryland the following weekend....

for the jfk 50 miler. i'm pretty dubious about this one.  it's been on my calendar since i registered for it last spring.  but i'm seriously under trained for a 50 miler.  i haven't run an ultra since i dnfed at mile 44 of the nyc 100 miler last june.  the final decision on whether to run it will probably wait until the week of the race.  last year i ran the brooklyn marathon that weekend.  given my training, that might be the better race for the pre-thanksgiving day weekend.

my thanksgiving day plans are still open. last year i went down to van cortlandt park, but sadly, the free holiday marathon are no more.  if i stay close to home, i may head over to greenwich for the gateway gobbler,  another choice is a trip north for the mid-hudson road runners thanksgiving day 25k - the best way to burn off those turkey day calories :D

post-thanksgiving i'll volunteer at the greenwich alliance for education 5k.  emmy is the race director for that one - and it's for a great cause.  consider running this one if you're nearby that weekend!  the next day i'll head over to harriman state park to run with todd, as he celebrates the third anniversary of his completion run!

as always, if you're at any of them - say hello!
Posted by rundangerously at 9:13 AM

Sadly, they've canceled NYC (it would have been my own twelfth consecutive)... I'm ambivalent about canceling it given the widespread damage here in the City (especially on Staten Island), but I do think that if they were going to cancel it, it should have been much sooner, before so many people from all over the world braved what they had to to get here.

Best of luck at JFK and the other events on your schedule, Frank.