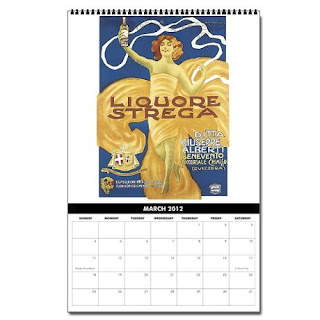 with all the rain we've had for the last two day, march is off to a soggy start. but i'll take wet and (relatively) warm over snow and cold any time! hopefully things will have dried off by sunday, with the fourth and final boston build-up series race on deck - the 25k in norwalk. together w/last year series, this will be the first time i've done the entire 4 race series in consecutive years! typically i make it to 3 (and sometimes only 2) of the races.

new for this month will be an effort to get back to the track! there are two track meets on my radar: one in brooklyn, on the 10th, put on by the north brooklyn runners at mccarren park, and the second at the armory, put on by the front runners on the 23rd (a friday night). i'd like to run a mile at either one, if not both :D

in between those dates are a pair of st. patrick's day inspired events. i'll head back to fdr park (a few short weeks after the freezer 5 miler) to run the taconic's 10k on the 11th. the following weekend is a return to van cortlandt park for the st. patrick's day marathon. in a welcome sign, the parks department will let the free holiday marathon series resume (albeit with some minor strings). we owe some serious thanks to the van cortlandt track club for getting them back!

the unofficial close of the boston build-up series is the 30k on the 25th. it's "unofficial" because those results aren't factored into the 4 race totals. regardless, the 30k in fairfield is the flattest (dare i say "easiest" despite the length) of the 5 race courses. for those left with a little extra energy after 18.6 miles... there's the spring equinox 8k later that afternoon :O

finally, on the 31st - seemingly a week later than it's traditional date - is the wurtsboro mountain 30k. this is one of my all-time favorite races, and the winter season wouldn't be the same without it. while getting to this race is something of a chore, it's definitely worth the effort. the sullivan striders put on a fantastic event, year after year.

as always, if you're at any of them, say hello!
Posted by rundangerously at 11:43 AM

Did the Holiday Marathon people send out any info on the St. Pat's Marathon? I usually get somewhere in the neighborhood of 912349081234 messages about every event but this was the first I heard about it.

the holiday marathon fb page states that the permits have been applied for (and acknowledged by parks dept.) - but still waiting to see if they're approved.