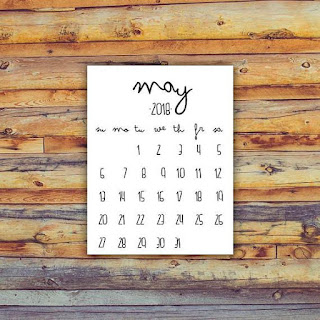 May has arrived - and hopefully, with it, Winter impersonating Spring will finally give way to an actual Spring season!  Rumor has it that the 40+ degree start to the day will give way to temperatures in the 70's this afternoon -- let's see!
As for the race schedule, it kicks off on Friday with a packet pick-up for the North Face Endurance runs this weekend. I'm volunteering at the White Plains Mall location.  But, instead of the Bear Mountain event, this weekend has the 3rd GNY 100 Miler training run penciled in for Sunday.  It starts at the Unisphere and finishes at the Parachute Jump in Coney Island (roughly 24 miles).  Since I missed the first 2 training runs, making every effort to do this one!
The following weekend is the Long Island Greenbelt 50K - the third race in the B.U.S Grand Prix series.  I haven't run this one in a few years, so looking forward to revisiting the tough double out and back course.  In the past, I've always managed to accumulate a few bonus miles over those trails - keeping my fingers crossed that my boy scout navigation skills haven't atrophied :D
As for the rest of the month, haven't really settled on a plan.  I had wanted to run the 24 hour race at 3 Days at the Fair.  But since Richie has just added the Ted Corbitt 24 Hour Run to the B.U.S. calendar - a mere two weeks later (6/1-2) - this may be pushing things.  Will see how I feel in a few days (when the soreness from Sybil wears off - haha).
Last but not least, the only thing penciled in for Memorial Day weekend - so far - is the Jim Fixx 5 Miler.  Have run it many times, and it's one of my favorite 5 Milers.  Haven't decided about any other races that weekend.
Here's how it looks so far:
5/6 - GNY 100 Training Run #3
5/12 - Long Island Greenbelt 50K
5/19 - 3 Days at the Fair/24 Hour Run - tentative
5/28 - Jim Fixx 5 Miler
As always, if you're at any of these events - say hello!

Posted by rundangerously at 11:17 AM