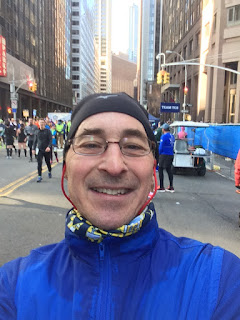 The 2017 NYC Half Marathon is in the books!  It was my 7th NYC Half (and 3rd NYRR race for 2017).  While this one was cold, mainly because of the wind chill, it was no way near as frigid as the 2014 edition!  I was cold enough, however, to have my IPhone freeze up minutes after I crossed the finish line.  I literally closed my Strava App, took the above selfie... and it died an ignoble death!  Amazingly, it came back to life roughly an hour later, as I rode home on the Metronorth.

As for the race itself, I ran a 1:52:44 (my splits, thanks to the NYC App  are posted below).  It was a solid 8 minutes slower than my 2015 finish (didn't run it last year).  I was somewhat disappointed not having squeezed in under 1:50, but given my low mileage this winter, entirely understandable.  No speed to speak of, but I could have kept running (so endurance still hanging in there).

Here are the race results from NYRR. 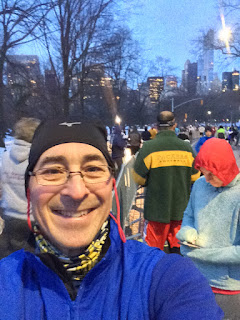 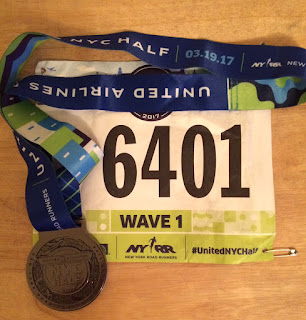 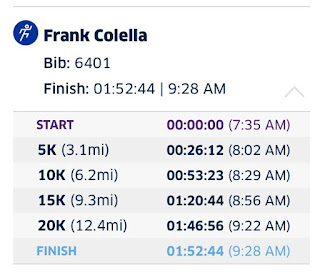 Posted by rundangerously at 9:30 PM